Retail investors may think Bitcoin is now too expensive to buy, but dollar-cost averaging has proven to be one of the most effective methods available.

Seasoned Bitcoin (BTC) investors know that the crypto market trades in cycles, and now that BTC price has surpassed its previous all-time high, a full-on bull cycle is underway. 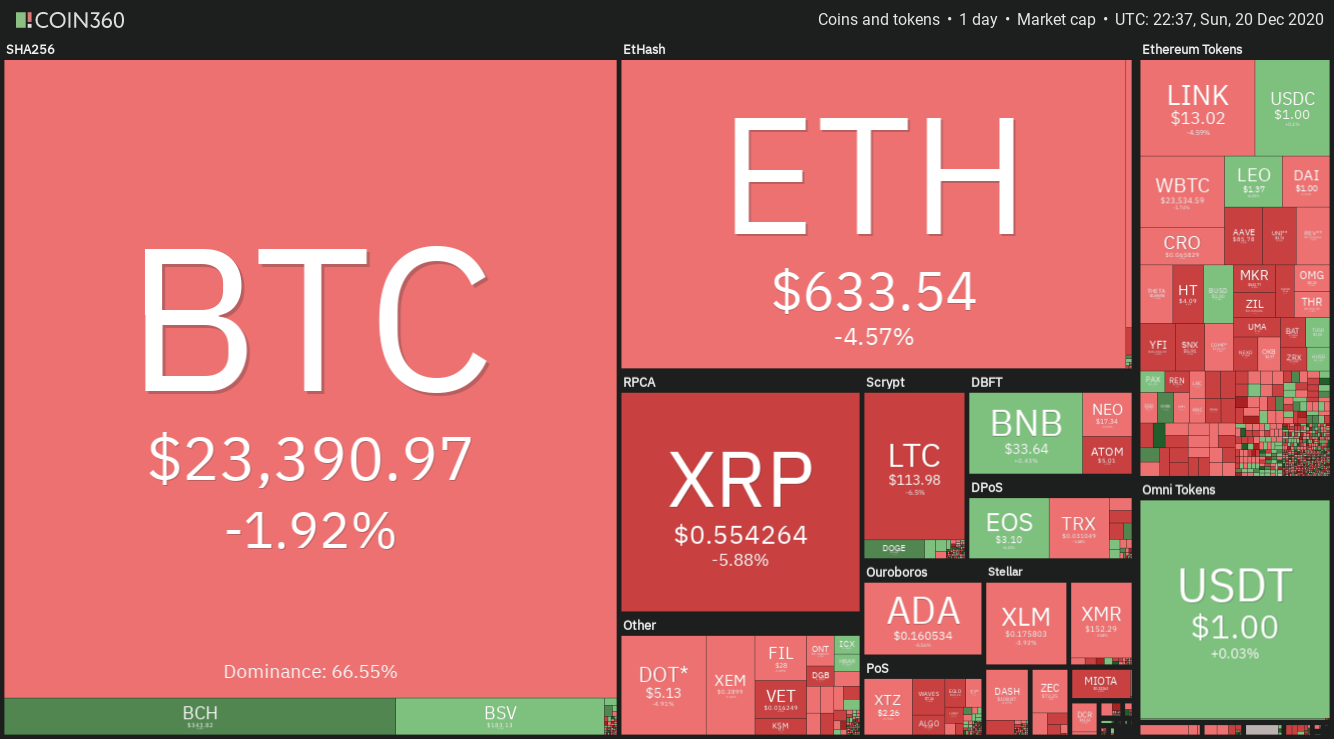 As this new cycle gathers steam, the mainstream media are all abuzz with articles about Bitcoin and everyone from world-renowned investment gurus to Uber drivers seem to have an opinion on the best tips, tricks, and moon coins one should buy in order to generate instant riches.

Similar to the last bull market, this one will also be riddled with posts from crypto-Twitter celebrities who somehow managed to turn $100 into $10,000 or more, but this is not necessarily the experience of the majority of cryptocurrency investors who oftentimes find themselves subject to the whims of cryptocurrency whales and the wild price swings seen on exchanges offering crypto derivatives.

For the average investor with limited time and a full-time job, day trading is not an option. Add to this the fact that data shows the majority of high-frequency traders fail to generate substantial profit.

While there are some that do have the time to research legitimate crypto projects and conduct fundamental and technical analysis, this can fast become a full-time job in itself.

Fortunately, there is a much easier and more effective way to trade Bitcoin during bull and bear cycles and this tactic is called dollar-cost averaging.

For the average investor who is looking for a more simplified approach, multiple studies have shown that dollar-cost averaging Bitcoin purchases has provided a return on investment that most funds would boast about.

Growth of a $1,000 BTC investment made in 2017. Source: Cane Island Digital Research

As shown in the chart above, an investor who purchased $1,000 in 2017 have significantly increased their portfolio value and outperformed all traditional markets during the 3 year timespan.

This buy and hold strategy is a tried and true method for investing in Bitcoin but not every investor is comfortable putting a bulk amount of money into an asset as volatile as Bitcoin.

For investors who are more risk-averse, dollar-cost averaging is an even ‘safer’ method to invest in risk on assets.

Dollar-cost averaging (DCA) is a well known investment technique that investing greats like Warren Buffet have touted as a way to invest in volatile markets. Although the “Oracle of Omaha” was specifically referring to the purchase of large index funds, the same truth carries over to crypto.

Instead of taking a lump sum of money and investing it all at once, an investor would instead divide the larger sum into smaller amounts and then invest those smaller amounts periodically over time. The idea being that while it can be difficult to time a market top or bottom, making regular purchases provides the best average entry price.

For example, using the Bitcoin DCA tool, an investor can see that $100 invested weekly into BTC since the Dec. 2017 all-time high would currently be sitting on a portfolio worth $40,867 at the current Bitcoin value. As shown in the chart below, a total investment of $15,700 invested over the course of $100 per week resulted in a 160% increase in value in three years.

DCA is used by large funds to ease into new positions

Even large institutions utilize this strategy to increase their exposure to Bitcoin and Ether.

Most recently, Microstrategy made waves in the crypto and traditional investment world when its CEO Michael Saylor announced that the company has purchased more than $425 million worth of Bitcoin and made BTC its primary reserve currency.

While this is clearly an institutional example of DCA, as Saylor described, smaller trades were spread out over time in order to get the best average price for the given timespan without causing a noticeable spike in the market.

Slow and steady is proven to win the race

Day traders, investment pundits and crypto Twitter celebrities often post eye-watering profit-and-loss screenshots of their trades which would make any investor want to FOMO into Bitcoin but this is proven to not be the most effective method.

Data reflects grim statistics for day traders as 80% to 95% of day traders actually lose money. This figure is not just for cryptocurrency markets but with all trading markets as well.

So the next time you see that flashy advertisement or email newsletter guaranteeing massive gains and sure-fire crypto picks that are sure to be the next moon coin for the low price of $1,000 per month, remember that another dollar-cost averaging is a more reliable method for accumulating smaller amounts of Bitcoin in regular intervals.

It may not be flashy and fund shattering, but it is a trusted, prudent approach to building long term wealth.